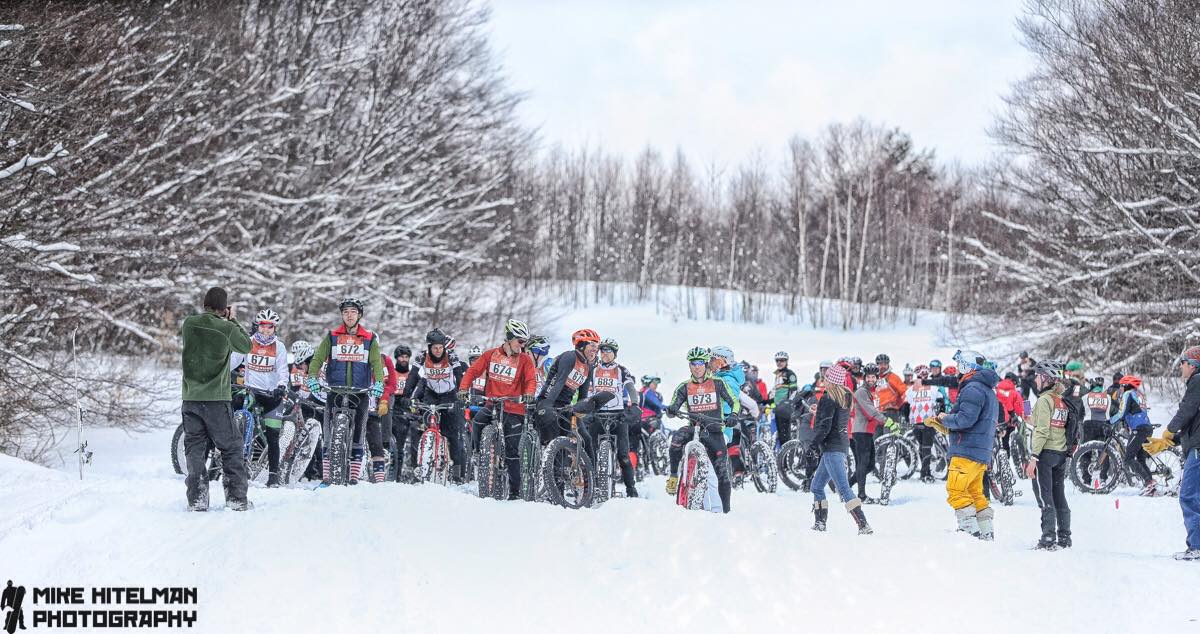 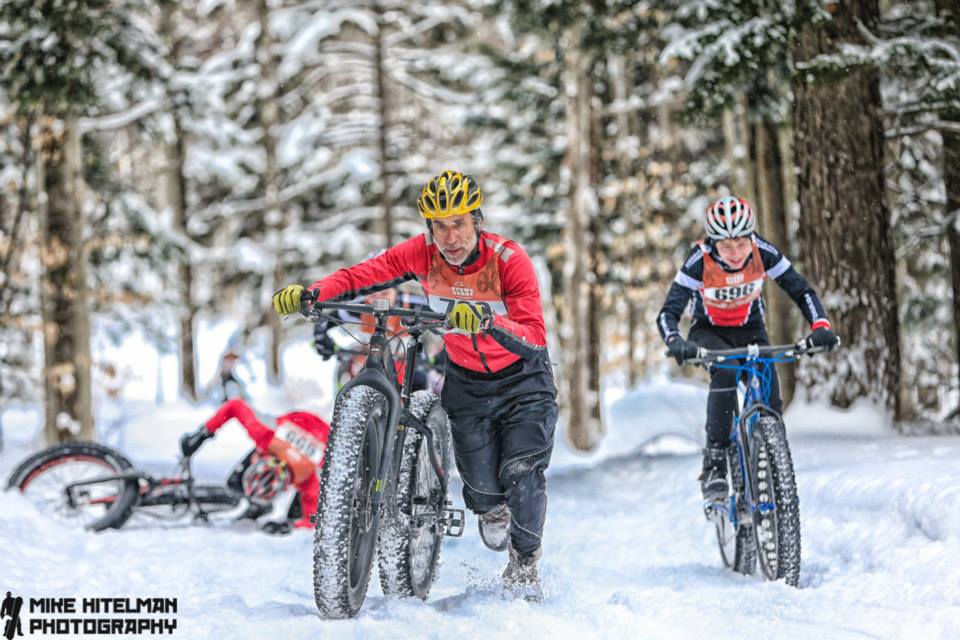 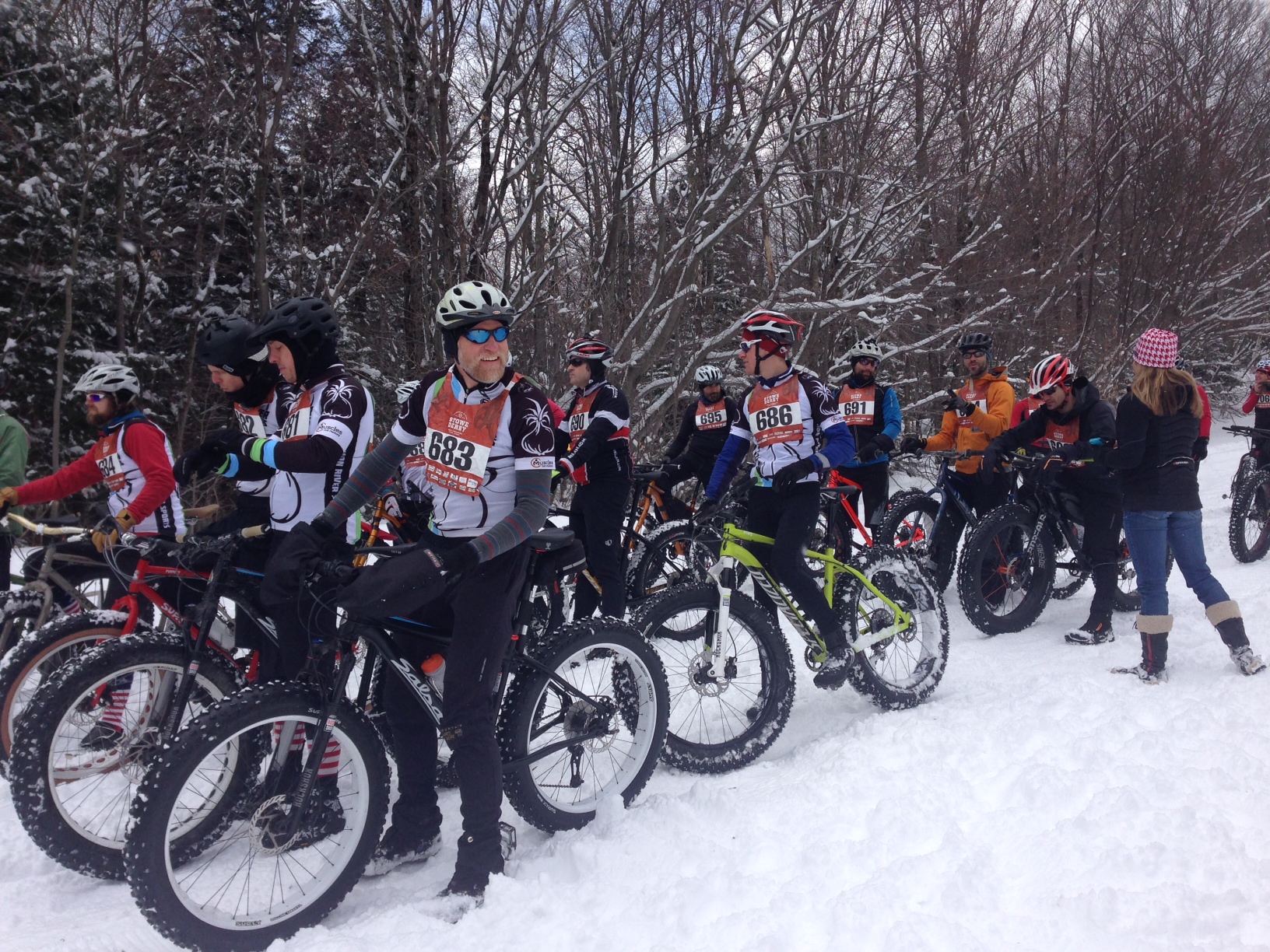 Yes, it was epic!  With 7+ inches of new snow, the night before, the 2015 Stowe Derby was unlike any other.  Particularly with the addition of the fat bike class this year.  Nearly 100 riders were added to the roster of over 600 nordic skiers.  The light stuff that fell is hard to pack down before the first racers go off, thereby making for lots of falls, faces full of snow, and great photography!  Unlike most of the rest of the winter, the temperature was perfect - in the 20s.   The skate skiers started at 10:00 a.m., in waves of 5 at a time, every 30 seconds.  By the time the classic skiers went, there were body divots up and down the trail on both sides.  The conditions were perfect for alpine skiers, but much more challenging for the nordic skiers, and nearly impossible for the fat bikers.  After the race, hundreds gathered at Sushi Yoshi to share tales about bruises, broken skis and ski poles; and this time, busted bike chains and wheels.  Many of the fat bikers said they pushed their bike more than they were able to ride.  It wouldn't be the Derby without something new to talk about.  The 70 year old event is not for everyone, but even those who do not participate, love either spectating, or hearing about it afterwards.

To see more photos of from the day, visit Mike Hitelman Photography. 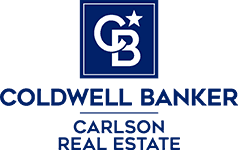